What Are Eastern European Languages?

Eastern European languages can also be known as Slavic languages and include (but are not limited to); Russian, Belarusian, Ukrainian, Polish, Czech, Slovakian, Serbo-Croat, Slovenian, Macedonian and Bulgarian.

Where Are Slavic Speakers In The World?

Eastern European languages are spoken across the world but you can hear them the most in The Balkans, Northern Asia and Eastern Europe.

The Slavic languages actually have a lot in common when it comes to grammar, but the vocabulary is widely different. Certain languages like Polish and Ukrainian have more similarities than Russian does to those languages, but there are still broad differences between them all, more so than you might find with, say, French and Spanish.

You can take a more detailed look at the specifics of the Slavic languages in this article.

A good example of how the different Slavic languages relate and affect language learning and understanding is with Macedonian and Bulgarian. Those languages form part of the South Slavic family of languages, on the Eastern side. That means naturally those languages will have many similarities. Serbo-Croatian is in the same South Slavic family, but because it comes from the Western side it’s similarities to Bulgarian and Macedonian are less, but not as different as say Russian, which is a different Slavic language family altogether.

Russian, is more distant still from Macedonian and Bulgarian because it is an East Slavic, not a South Slavic language, along with Ukrainian and Belarusian. Despite this, if you wanted to choose a broad reaching Slavic language for your educational or marketing voiceover, or video subtitles, a good choice would probably be Russian. It is the most widely spoken Slavic language and so, even those who speak Eastern European languages from a different language family, are likely to know some Russian as well as their mother tongue language. Russian is spoken by about 258 million people worldwide.

Of course, for more specific marketing targeted to specific speakers of languages like Lithuanian, Polish or Bulgarian you should use a professional subtitling or voiceover company for your Eastern European subtitles or voiceover. They can provide the services for those languages ensuring they are correctly translated, and account for regional dialects if necessary.

How Will You Deepen Your Knowledge Of Eastern European Languages? 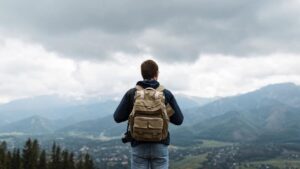 There are few experiences as rewarding ... END_OF_DOCUMENT_TOKEN_TO_BE_REPLACED 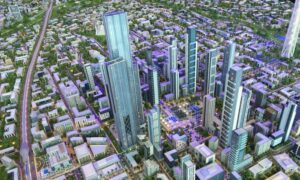 Most of us take the city we live in for ... END_OF_DOCUMENT_TOKEN_TO_BE_REPLACED