Around the United States, there are more than 1 million members of masonic lodges. Members of these lodges share a common identity that is reinforced by their use of masonic symbols. These symbols become important to them, but many people are curious to understand what they mean.

Some people have heard about masonic symbols from movies like National Treasure or have seen the symbols on things like the dollar bill. Some people understand a few of the symbols but are confused about the meaning of others. Perhaps the most famous Mason symbol is the all-seeing eye. It is possible that this is also the most important symbol to Masons.

For the Egyptians and for Masons, the eye is the symbol of God. But why would they choose to represent the ultimate being with an eye?

Of course, the eye is the tool we use to understand the world around us. The Egyptians spent an incredible amount of work building the pyramid, only to proclaim that at the top of their greatest achievement should rest an eye to represent the importance of the eye.

The symbol of the eye represents knowledge. It represents the importance of remembering that we do not know everything.

We cannot close our eyes because we need to keep them open to learn things that we do not know about the world around us. Maybe it is because Masons recognize the symbol that they place so much emphasis on the importance of education and Truth.

Masonic Symbolism for the Letter G

The Masons place a special meaning on the letter G. However, some people are surprised to find out that not even the Masons know exactly what the letter g means.

There are several theories that explain why Masons originally started using the letter G as one of their special symbols. Some people think that it stands for God. However, there is also reason to believe that it might stand for geometry or the ancient word gnosis.

Gnosis refers to understanding deep truths about spiritual existence. Other people think that the letter G is actually part of a double-layered symbol.

In ancient Hebrew culture, the letter G had a numerical value of 3. And the number 3 is a symbol that references God. This means that the letter G might represent God, but not because it is the first letter for the word God in English.

Part of masonic rituals involve forming special symbols with their hands. These symbols are the square and the compass.

The square is a special symbol because it refers to keeping things orderly and being precise in decisions.

The compass does not refer to a tool that points north. Instead, the compass points to a type of compass used in geometry to draw circles. In this way, the compass represents how you can contain things within a certain area.

Masons use the compass to symbolize the importance of expressing desires in an appropriate way and not letting them move beyond their appropriate place.

Old Masonic Symbols of the Sea

Masons use a few different symbols connected to the water. They use the anchor to represent how their beliefs can help provide them with security and stability in difficult times. In fact, common culture uses the anchor to symbolize similar ideas.

The Masons also use Noah’s Ark as a special symbol. The Ark reminds Masons of how God protects Noah in the story of the flood. Even when the world seems to be going to pieces, they believe that God will help them to find a way through.

The Masonic Star and Its Meaning

Some people think the Masonic star also references the Star of Bethlehem. This is the bright star that shone over the place where Jesus was born.

The Meaning of the Masonic Gavel

The Masonic gavel looks like the kind of gavel a judge uses in court. This is also a good symbol for Masons because of their connection to stone masonry, in which the hammer is an important tool. The Masonic gavel represents authority and the importance of removing vices from one’s character.

Plants With Special Meaning for Freemasons

In ancient times, people sometimes gave corn to the temple of God as a donation. For masons, a sheaf of corn represents the importance of donating and helping others.

The Masons also use the acacia tree to remind them of the idea of immortality. Acacia trees live for a long time, partially because their wood is so robust.

Understand the Meaning of Masonic Symbols

We hope learning about the meaning of masonic symbols has been interesting for you. Many people don’t even realize how common these symbols are. Once you know more about them, you might start to notice them as you go about your day.

To learn about the latest information in lifestyle, technology, and more, take a look through our other pages! 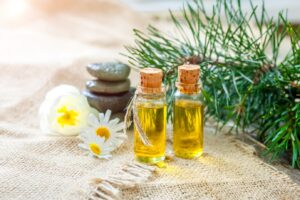 Do you love being proactive and ... END_OF_DOCUMENT_TOKEN_TO_BE_REPLACED

With such high demand for these ... END_OF_DOCUMENT_TOKEN_TO_BE_REPLACED