Most of us take the city we live in for granted and simply go about our daily lives without giving much thought to the many complex processes that shaped it into what it is today. At the same time, we often find ourselves frustrated with certain aspects of our cities such as traffic jams, pollution, or crime and advocate changes to improve them without understanding the far-reaching impacts such changes would create. It is difficult for us to imagine the different factors such as land use, transportation, accessibility, and traffic patterns that engineers like Reddy Kanchala must consider when designing a city. What goes into the design of a city?

Understanding these complex processes can help propose sustainable solutions that will create better cities for future generations. This series addresses the challenges and solutions in city planning and design.

In this article, we will explore how transportation systems are planned and how they impact the overall design of a city. We will also take a look at some of the challenges faced by transportation planners.

Transportation systems play a very important role in the planning and design of a city. The location of roads, highways, and mass transit systems is the starting point for nearly all planning considerations. It also gives us insight into how a city grows over time since transportation structures are among the first to be built in any growing city.

Here are some of the major ways that transportation impacts the design of a city:

1) Transportation Systems Shape Residential Patterns – The location of transportation structures affects movement patterns within a region. For example, people living near highways would have more access to car travel which means they could commute longer distances. On the other hand, those living near rail networks would have easier access to public transport, resulting in less likely to own private vehicles. This affects residential structure as people choosing to live in areas with easy access to public transportation would be less likely to own cars. This results in compact neighborhoods where everything is within walking distance.

2) Transportation Systems Impact Urban Sprawl – A city’s transportation systems impact how it grows and develops over time. For example, if a city is well connected by road and rail networks, people can travel longer distances to work and other activities, which causes the growth of suburbs far from the urban center. On the other hand, if a city is developed around rail networks, then there may not be much room for suburbs because it would be difficult for people living further away to commute into the city center using public transport.

3) Transportation Systems Shape Multi-Modal Activity Centers – The location of roads, highways, and rail networks create focal points for development. For example, if a city is well connected by road and rail networks, people living within proximity to these transportation hubs would have greater access to the entire region quickly, which encourages their growth as places where many activities could take place simultaneously.

4) Transportation System Shapes Infrastructure Development – The location of roads, highways, and rail lines can also impact how dense or spread out a region becomes over time because it defines the limits within which development can take place. If transport systems are not planned effectively, they can divide cities into different sections that are disconnected from each other, resulting in less efficient land usage.

To read more on topics like this, check out the Business category

Are you wondering if getting a garage ... END_OF_DOCUMENT_TOKEN_TO_BE_REPLACED 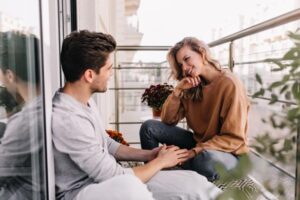 Having a partner with mental health ... END_OF_DOCUMENT_TOKEN_TO_BE_REPLACED